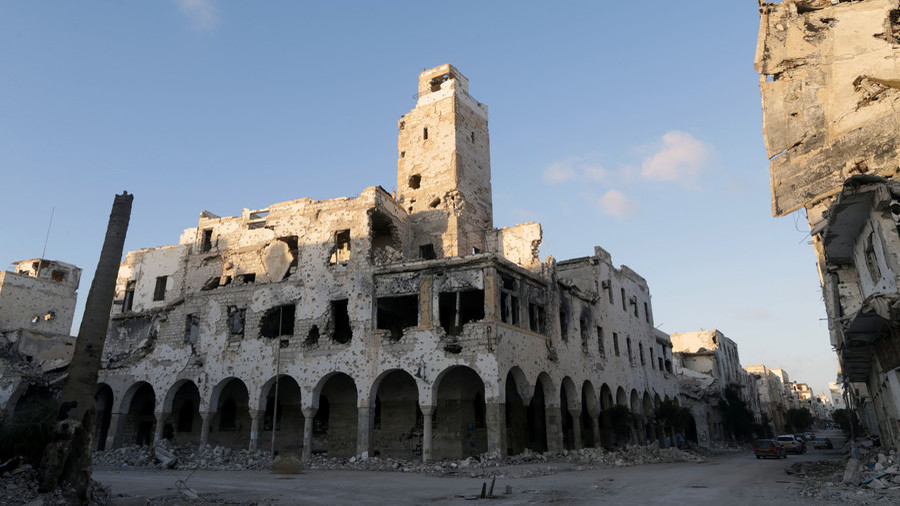 by Neil Clark – Libya remains a lawless land, with rival militias fighting battles in the streets of Tripoli and over 1 million people in need of aid. But the West’s ‘liberal interventionists’ aren’t interested in the catastrophe they created.

“Hundreds escape prison amid deadly clashes in Tripoli,” a headline on the BBC News website declared this week.

Over 60 people have died in the current fighting with many more injured and hundreds of ordinary citizens displaced. The latest disturbances began after the Tarhuna’s 7th Infantry ”Kaniat‘ Brigade made advances into the capital from the south and clashed with a coalition of Tripoli militias.

It’s really hard to keep up with who’s fighting who. If you think the situation in Syria is complicated, you haven’t been paying much attention to Libya. As the BBC article acknowledged: “Libya has faced continuing chaos since NATO-backed militia forces, some of them rivals, overthrew long-serving ruler Colonel Gaddafi in October 2011.”

Libya has rival governments but even they don’t control the majority of the country. There is no ‘rule of law’, only the rule of the gun. Libya’s regression from the country with the highest Human Development Index figure in the whole of Africa just ten years ago, to a fragmented and very dangerous failed state, is hard to take in. Last year, the UN Agency IOM reported that slave markets had returned to the country.

Economic and societal collapse has had a devastating impact on the life of ordinary Libyans.

Take health care. A 2017 Service Availability and Readiness Assessment survey, conducted by the World Health Organisation (WHO) and the Ministry of Health, found that 17 out of 97 hospitals are closed and only four hospitals were functional between 75-80% of their capacity. Over 20% primary health care facilities are closed and the rest are not “well ready for service delivery“.

In May 2016, the WHO also expressed ‘great concern’ over the deaths of 12 newborns in the Sabah Medical Centre neonatal intensive care unit in Sabha, southern Libya. It records: “The deaths occurred as a result of a bacterial infection and lack of specialized health staff to provide medical care.“

The education system is also in a state of collapse or near-collapse. In 2016, it was reported that the start of the school year was postponed because of a “lack of books, lack of security and many other factors.”

It was noted that the Libyan school year had not been regular since the fall of Gaddafi. This year, UNICEF said that 489 schools were affected by the conflict and that around 26,000 students had been forced to change schools due to closures.

Given the dire situation it is no surprise that so many Libyans have left, or are leaving. In 2014, it was reported that between 600,000 and 1m had fled to Tunisia.

As I argued in a previous op-ed, the Western assault on Libya was an even worse crime than the invasion of Iraq because it came later. There was really no excuse for anyone, seeing how the ‘regime change’ operation of 2003 had turned out, supporting a similar venture in North Africa.

Yet, those responsible for what happened have faced no comeback. The UK Prime Minister at the time, David Cameron, is blamed for Brexit (by Remainers), but not for what he did to Libya and the claims he made to justify the military action. This is despite a House of Commons Foreign Affairs Committee report concluding, five years later, that “the proposition that Muammar Gaddafi would have ordered the massacre of civilians in Benghazi was not supported by the available evidence.”

Nicolas Sarkozy, the French President in 2011, faces a trial (or trials) in relation to three different investigations, including accepting money from Gaddafi to help his election campaign, but he has not yet been prosecuted for his role in the war.

Bernard-Henri Levy, the philosopher considered by some to be the intellectual godfather of the Western intervention – and who boasted “we are the first to say that Qaddafi is no longer the legal representative,” is performing a one-man anti-Brexit play, as the country he helped ‘liberate’ burns.

Stateside and in ‘liberal’ circles across the West, Barack Obama and Hillary Clinton are lionised for not being Donald Trump, but what the duo did to Libya is far worse than anything Trump has done up to now.

And the British Home Secretary under whose watch control orders on members of the anti-Gaddafi Libyan Islamic Fighting Group were lifted, one Theresa May, is now Prime Minister, and trying to take the moral high ground against Russia. To add insult to injury, it is a politician who opposed the NATO action in 2011, Jeremy Corbyn, who is under constant media attack and painted as beyond the pale. Just how wrong is that?

Returning to the current violence, a UN-brokered ceasefire to end the fighting in south Tripoli is reported at time of writing to be holding, but bearing in mind how previous ceasefires have collapsed, we can’t be optimistic. Part of the problem is that the country is awash with arms. The sad truth is that Libya is broken and probably will never be put back together again. A great crime has been committed, but you would never think it, judging by the lack of media coverage.

We’ve had a lot of debate this summer in Britain about Israel’s ‘right to exist’- and whether challenging this makes one ‘anti-Semitic’ but the reality is that Libya – as a modern, functioning state – has ceased to exist. And no one in elite, establishment circles seems the least bit bothered. Consider how many column inches were devoted to ‘saving’ Libya in the build up to NATO’s ‘humanitarian’ intervention seven and a half years ago, with the lack of opinion pieces about the country today.

Try googling the names of some of the leading media war hawks and ‘Libya’ and you see they tend to go as silent after 2011 – shifting their attention to propagandising for ‘regime change’ in Syria. The only conclusion one can draw is their sole interest in the country was seeing Muammar Gaddafi toppled. After that was achieved, who cares?