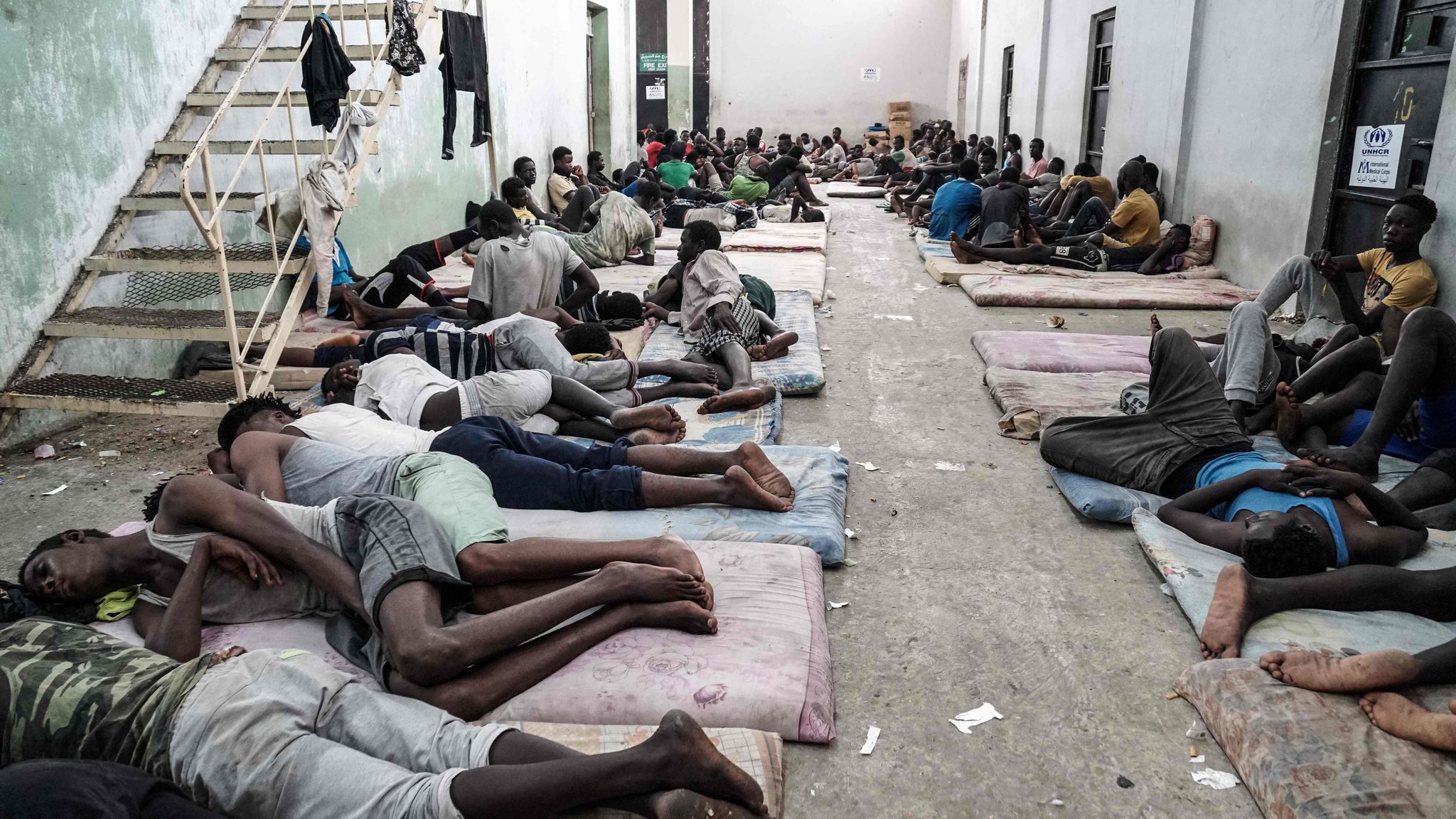 DAKAR, Senegal — When Kalilu Drammeh arrived in Libya he was in many ways similar to thousands of other migrants from across Africa, all of them desperate to cross the sea to get to Europe and, they hoped, a better life.

But in Libya, Mr. Drammeh, like many other people from his native Gambia and other sub-Saharan countries, stood out among the swirl of migrants and was an automatic target for abuse for one obvious reason: his skin color is darker.

Libyan smugglers call them “burned,” a racial epithet sometimes used in the country for people whose skin color is black. And while many of the migrants who pass through Libya hoping to set sail for Italy are beaten and otherwise abused by smugglers, Mr. Drammeh believes his treatment was especially harsh because of his skin color.

Fellow Muslims — even children — refused to let him pray alongside them. “They think they’re better than us,” Mr. Drammeh, who is 18, said by phone from a refugee camp in Italy. “They say we’re created different from them.”

For Africans like Mr. Drammeh, few legal paths for migration exist, so tens of thousands use smugglers to help them cross the Mediterranean to reach Europe. To pay off the fees, which can be as steep as $5,000, many migrants crossing the sea’s central route spend months working under harsh conditions and abuse in Libya, a country plagued by lawlessness and violence since the fall of the former dictator Muammar el-Qaddafi.

This year more than 132,000 migrants and refugees have crossed the Mediterranean to land in Europe — all of them facing huge risks along the way. More than 2,300 drowned or were missing after setting off from the northern coast of Libya, and many others are in Libya waiting to cross.

Some migrants are even more vulnerable to abuse and exploitation than others, a new report from Unicef and the International Organization for Migration says. Among those at particular risk, according to the report, are people traveling alone, those with low levels of education, children of any age and migrants who have endured long journeys.

But people from sub-Saharan Africa are most vulnerable of all, simply because of their skin color, the report says.

“It’s a brutal, terrible reality, but young people need to know the risks before deciding to go,” said Christopher Tidey, a Unicef spokesman. “Bottom line: This proves how essential it is that migrant and refugee children have access to safe and legal migration pathways.”

The report is one of the first attempts to use both anecdotes and quantitative research to document the abuse of migrants based on a variety of factors, including country of origin. It analyzes the testimony of some 22,000 migrants and refugees trying to cross the Mediterranean, focusing on those who are age 14 to 24.

The report offers an example: An adolescent boy from sub-Saharan Africa, even one who has secondary education and travels in a group along the Central Mediterranean route, faces a 75 percent risk of being exploited. If he came from another region, where skin tones are lighter, the risk would drop to 38 percent, it says.

“Countless testimonies from young migrants and refugees from sub-Saharan Africa make clear that they are treated more harshly and targeted for exploitation because of the color of their skin,” the report says.

Tensions between North Africans and sub-Saharan Africans have long existed.

In numerous sub-Saharan African countries, unemployment is soaring, prompting young men and women to leave home to get to Europe, where they hope to find work. Recent statistics have shown that the migrant flow to Europe has slowed, but no one is certain why. Analysts have cautioned that the lull is unlikely to be permanent.

The report says that while young people are at greater risk than adults regardless of where they cross the Mediterranean, those who cross from Libya are in the greatest danger. In Libya, “they contend with pervasive lawlessness and violence and are often detained, by state authorities and others,” it says.

Even before migrants arrive there, their journey across sub-Saharan Africa typically includes a treacherous trip through the desert in cramped buses or trucks.

In Libya, work and living conditions are grim. Women have reported being forced to work as prostitutes to earn money for the trip across the sea. Many men say they are beaten and even shot at by smugglers. Traffickers have locked up some migrants, forcing them to call home to have relatives pay ransoms to secure their release.

Sheku B. Kallon, a Sierra Leonean migrant who now resides in a camp in Italy, said smugglers charge people who have black skin more money for the trip. Traffickers justify the steep fees because they face more difficulties taking black people through Libya, where discrimination is common, he said.

Mr. Kallon said that while in Libya, smugglers hid him and a group of other black migrants by covering them with plastic sheets in the back of a truck. Even with the cover, the traffickers were so worried about being seen ferrying black people they took them through series of bypasses to get to Tripoli, he said.

Once in Libya, Mr. Kallon and his friends managed to find odd jobs from Libyan Arabs. But they were paid less because of their skin color, he believes. And sometimes they were not paid at all.

“I don’t think there is a place as bad as Libya,” he said.